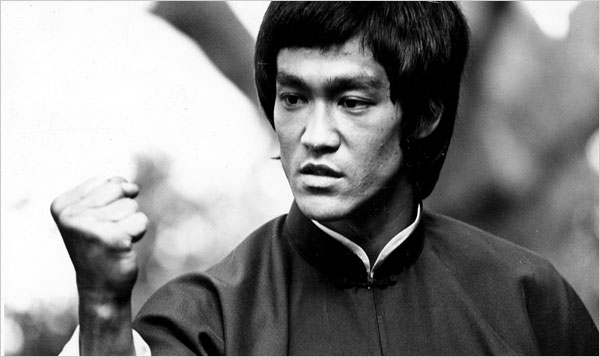 --What is the highest technique you hope to achieve? --To have no technique.

It is impossible not to think of tango, hearing some of the conversations in the Bruce Lee film Enter the Dragon.

My apologies to TP for ripping off some of his old fb posts (“I was learning tango from Bruce Lee”), but even if I have no clue about martial arts, I find it very intrigueing, and getting lost in research for this post,  I kept finding analogies with tango. There are great differences, of course, but the smooth movement, the groundedness, playing at the limits of balance… If you ever thought of giros and ganchos being metaphors of street fights as far fetched, have a look at the final fight between Bruce Lee and the Big Boss in The Big Boss (yes, I know). Some ganchos!

Martial arts using balance to trip the opponent over, tango challenging balance, only to make sure your partner is perfectly safe and on balance. I would be very surprised if a solid foundation in martial arts was not a great asset when learning tango. Or maybe rather taking up the practice of tango. In many ways tango is better thought of as a practice, rather than something you “learn”.

I’ve been watching several Bruce Lee films over the last months, including several documentaries, and it struck me that his moves seem so fresh, even today, more than forty years later. Indeed a testimony to the greatness of this icon of martial arts. The ballet like choreographies are, somewhat paradoxically very extravagant, in contrast to Bruce Lee’s philosophy of a minimalist martial art. The art of “fighting without fighting” as he says in Enter the Dragon. The screen tests he did before starring in Green Hornet were brilliant, and some of his demos from California likewise.

From the documentaries I learnt that Bruce Lee was actually a capable dancer, and won a Hong Kong Cha Cha competition, and earned some extra pocket money teaching dance at the boat to the US when reclaiming his US citizenship. One of the Kung Fu masters interviewed in one documentary told the story about how he made a deal with Bruce that he showed Bruce his Kung Fu tricks, and Bruce would teach him Cha Cha. –But after three nights, he knew all my tricks, and I never got beyond the basic step…

Bruce Lee was trained in a style of Kung Fu called Wing Chun, and there is a documentary on youtube about Wing Chun that seems authentic to me. Again the tango similarities jump at me. Maintaining center line, groundedness, pivots and relaxed, economic movement, and a technique called “sticky hands” where you keep contact with the opponent all the time with the arms to feel his next movement almost before he does himself.

This 10 year old practicing the Chen style of Taiji is also adorable:

I used to dismiss Taiji as old people moving slowly in the parks of Beijing to keep in shape. But if the old guys in the park are only a bleak shadow of ancient fighters, at the roots are real fighting. And like anyone who’s tried practicing tango in slow motion knows it doesn’t exactly make it any easier. In a completely other context I came over a saying that puts it nicely:

Slow is smooth; smooth is fast.

The break of rhytm is also a very interesting concept. This concept of establishing one rhythm and speed and then deviate from it as a surprise also works wonders in the tango.

I recently learned that one of my favourite directors, Wong Kar Wai (of “In the mood for love” fame), will release a Kung Fu epic called “The Grandmaster” based on the life of Ip Man, Bruce Lee’s teacher. El maestro del maestro. There is also a documentary about the making of this film, and the ordeals they went  through to get to the authentic Wing Chun, unfortunately not with English subtitles. And at this points we touch Argentina and tango again:

The documentary revealed that the idea of making ’The Grandmasters’ started in 1996 when Wong Kar-wai was working on ’Happy Together’ in Argentina. He saw a  local magazine with Bruce Lee on its cover and felt that the superstar’s influence on the world. Yet because the Bruce Lee story has already made many times, he wanted to explore Bruce Lee’s master Ip Man more and how he turned Bruce Lee into a legendary figure

Struggle to find the authentic, master of the master, does it sound familiar?

The trailer uses another phrase that resonates with a tango guy like me:

In his practice what I saw wasn't movement, but essence.

I want to learn tango from Bruce Lee, too. Or rather, from Ip Man. El maestro del maestro.